You are here: Home / About us

THE SITUATED ECOLOGIES PLATFORM gathers art, design and research collaborations to contest and democratise ecologies. This means that we seek collaborations that pluralises the study of ecology based on the idea that there are multiple ways of knowing and our commitment to democratic and egalitarian politics.

Currently (2020), we are three leading The Situated Ecologies Platform:

We draw upon critical theory related to ontological and epistemological politics; science-and-technology studies (STS); on bio-semiotics and material semiotics; on postcolonial theory and decolonial thinking; on political theory; and on interpretative and experimental work in history, theatre and film. We work with natural and social scientists; with directors, dance artists, and illustrators. We work to create engaging outputs through film, design or theatre, something we see as integral to the research we are doing. And we also produce peer-reviewed publications; we give courses and organise workshops for academics, students and civil society, trying to share our learning.

The Situated Ecologies Platform celebrates texture, richness, immersive outputs, and multiple theoretical viewpoints to understand ecology and its inherent politics. We contribute to several fields of research and investigation, including human geography, ecology, sociology, post-colonial studies, critical film and design studies, and broadly to the vibrant field of environmental humanities.

With a keen interest to better understand the relation between scientific expertise and vernacular place-based ways of knowing (so called epistemological and ontological politics), The Situated Ecologies Platform grew from 2011 out of two larger Formas-grants lead by Henrik Ernstson (Ways of Knowing Urban Ecologies, WOK-UE; and Socioecological Movements in Urban Ecosystems, MOVE).

The aim has been to present alternatives of how ecology can be studied, and work against a general tendency in the environmental sciences to use frameworks that simplifies particular places since it impoverishes understandings of what is at stake, locally and globally. Our work aims to develop methods, capacities and theories to multiply ways of knowing  ecology.

The Situated Ecologies Platform is a curious space. Of particular interest has been the production, re-working and contestations of urban ecologies, and the processes that intersects nature, city, ecology and urbanisation. Urbanisation is rapid, uneven and multi-folded. This has brought a focus on how people and their identities, social and political processes, are mixed up with material ecologies such as wetlands, sand dunes, parks and gardens, but also with infrastructural systems of sanitation, water and electricity.

The research of The Platform straddles the lines of geography, ecology, sociology and history and strives to answer and provoke debates about questions of sustainability and equality, including questions about identity, power and biophysical agency. As such, The Platform developed early interdisciplinary collaborations with ecologists to do site-specific biophysical studies in Cape Town and New Orleans—but interpreted from how these cities have been shaped by historical and racialized planning processes.

From these beginnings in interdisciplinary urban ecology studies, we have over the years developed a range of collaborations, from a collaboration between Konstfack and KTH that explored the borderland between design, art and ecology; theatre collaborations with cultural practitioners in Cape Town and Thessaloniki; film-as-research and cinematic ethnography; and two edited book volumes as contributions to environmental studies and urban political ecology.

The Platform has also nurtured the development of Situated Urban Political Ecology, a sub-field that intersects postcolonial and Southern urbanism with political ecology with an initial empirical focus on the cities of the global South. This part of The Platform was moved in 2017 to its own dedicated website at The Situated UPE Collective.

In a second phase, and because further support was received from Marcus and Amalia Wallenberg Foundation (to Henrik Ernstson, 2015-2017), part of the funds from the original grants could be redirected to support more researchers and extend the network. This included the following mile stones:

The Formas grant Towards a Visual Environmental Humanities in the Digital Era (VEH; PI: Jacob von Heland; Co-I: Henrik Ernstson; 2017-2020) aims to develop a research practice using camera and film for critical environmental studies. The grant has developed cinematic ethnography to study postcolonial ecologies with an empirical focus on South African cities. The grant has extensively contributed to the platform in various ways, including:

Thinking infrastructure from the urban South

In this third phase, there has also been a stronger development towards the study of urban infrastructure in cities in Africa, with case studies in Kampala, Luanda and Cape Town. The following grants have supported this:

In its early phase, The Situated Ecologies Platform was also supported from an exchange grant from STINT, The Swedish Foundation for International Cooperation in Research and Higher Education, which supported collaborations between KTH in Stockholm and African Centre for Cities at University of Cape Town (PI: Henrik Ernstson & Sverker Sörlin). More recently in 2019, Jacob von Heland and Henrik Ernstson received a smaller planning grant on Narrative Tools in Developing Inclusive and Participatory Education with Suraya Scheba and Staffan Josephsson.

The following funding agencies have supported the work of the platform: 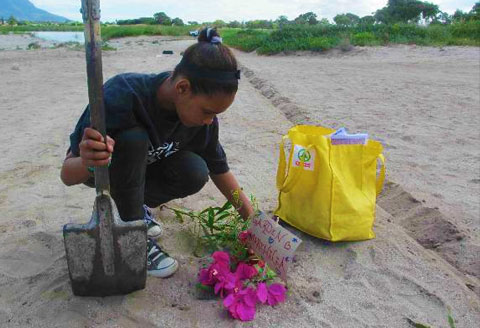