You are here: Home / Projects / NOTRUC — Notations on Theories of Radical Urban Change: Thinking Emancipatory Politics from the Urban South (2015-2017)

This project ended on 31 December 2017 as part of the MOVE project lead by Dr. Henrik Ernstson.

The task is urgent and profound: How to make sense of rapid urbanization across Africa and the global South, while (re)turning to explicitly thinking about emancipatory politics? What does the political mean in these contexts? What constitutes properly democratic practices of equality and freedom? What methods and types of collaborations (also beyond academia) would it require to articulate emancipatory theories in-and-through global South urbanism? 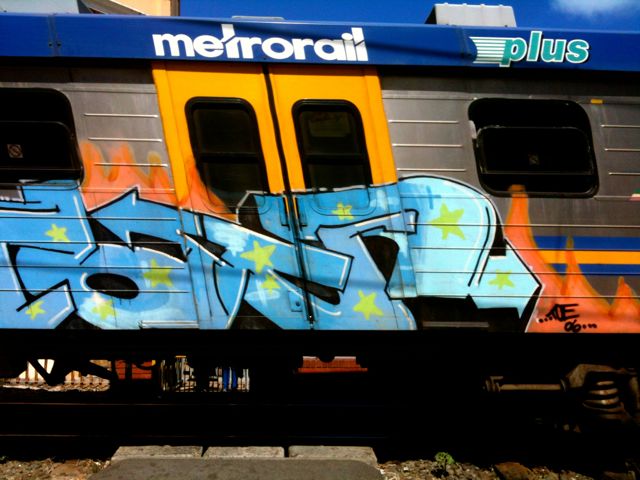 The NOTRUC project combines theoretical discussions and in-depth case studies. Theoretically we are inspired by three literatures in particular.

(1) We depart firstly from literature on postcolonial and global South urbanism (Parnell and Oldfield 2014; Parnell and Pieterse 2014; R
obinson 2013; Roy 2009) that has argued for re-thinking cities, urban change and what radical change could mean. What is in question here is the ‘location’ from where we think change and politics and what silent assumptions does the ‘baggage’ of critical theory brings that we need to re-think through the realities of global South urbanism. (Ernstson, Lawhon, and Duminy 2014; Lawhon, Silver, Ernstson, and Pierce 2016).

(2) We pair this literature secondly with readings in urban political ecology (UPE), which aims to politicize the materiality of cities and their ecologies (Heynen 2013; Heynen, Kaika, and Swyngedouw 2006; Swyngedouw 1996). The materiality and ecology of the city, its buildings, transport networks, green spaces etc. is part of a broader apparatus of power that permeates and undermines the ‘nature’ vs. ‘cultural’ divide. Here we take special interests in efforts of “provinicializing” UPE (Lawhon, Ernstson, and Silver 2014) through global South urbanism and to foreground everyday practices without loosing sight of wider geographies (Myers 2005; Ranganathan 2015).

(3) We thirdly pair this with seminars and readings of political theory. This stretches from radical democratic theory by Rancière on the ‘rupturing the distribution of the sensible’ (Rancière 2010; Purcell 2014), Swyngedouw’s (2011) intervention in UPE on reclaiming egalitarian (urban) spaces, to theories of political agency based on work in global South cities, including Holston’s ‘insurgent citizenship’ (Holston 2009) and Bayat’s ‘quiet encroachment’ of the poor (Bayat 1997; Bayat 2013).

Generally and theoretically, the project follows the call from ‘global south urbanism’ whereabouts the new spatial, social and material forms and organisations of cities of the South are used as an epistemic platform from where to ‘speak back’ to urban theory. This is part of a wider global urbanism (McFarlane and Robinson 2012) that whilst departing from postcolonial and decoloniality theory, also argues that everyday practices (from getting food, provide for sewage, electricity and water, to get to work, or caring for children and elders) and the re-configuration of political agency that we witness in the ‘cities of the South’ can inform a much wider body of theory and practice, including those of the ‘cities of the North’. Indeed, “the South” is not viewed as a geographical container, but a relational epistemological position from which it is politically and theoretically important to be situated in, and speak from, in order to contribute to the re-invention of political theory and political practice that can contest, produce and sustain equal and democratic cities and urban ecologies.

In parallel we are developing empirical case studies. These include:

(1) The (in)visible politics of everyday urbanism: Studies of Delft, Cape Town (by Dr. Suraya Scheba, ACC and EGS at UCT) . This study aims to understand how urbanity in Delft emerges as process and practice. through an exploration of the intersections between everyday practices, political action, and intentional planning. Influenced by Asaf Bayat’s work on the ‘quiet encroachment of the ordinary’, the study firstly traces the everyday practices through which lives are stitched together. Secondly, inspired by a relational Marxian reading of urbanism, the study examines how these practices interact with various actors, structural dimensions, historical planning, and the ongoing place of formalised regulation/governance within Delft.

(2) Re-inventing political agency: Socioecological mobilisation from Cape Town to Kampala (by Dr. Henrik Ernstson). Across urban Africa, new practices of contesting urban environments and organizing collective action have developed that questions established ways of distributing expertise and ’who is in the know’ of the city. This includes clearly voiced contestations, but also more subtle but equally antagonistic ways of questioning established expertise. This project draws upon previous work in Cape Town (an ethnography of ’ways of knowing’ and the CIVNET study) and a new project on heterogenous infrastructures of sanitation and waste in Kampala, Uganda. Across these sites, the project analyzes how situated practices and more-than-human collectivities embedded in everday practices stabilizes new locations from where environmental politics is articulated. The performativity of this politics is interpreted by reading ‘new’ political theory from Holston, Pieterese and Bayat (based on realities of the global South) with and against those of Ranciére, Badiou and others (of contemporary Europe; and Swyngedouw’s political ecological interpretation of them).

(3) Histories of the Present: A longitudinal and critical historical study of organized resistance to forced removals and its relationship to ongoing mobilizations for space and public services in Cape Town (by Dr. Koni Benson, ACC and Department of Historical Studies). This project focuses on histories of struggles, but also struggles over how to write and tell “history”. It focuses on coproducing life histories of political struggles of collective resistance against displacement and for access to land and public services (such as land, water, and education) in South Africa’s past and present. The project engages four literatures that challenges dominant narratives of apartheid struggles and ongoing urban development controversies.  First, historiography on women and gender under segregation and apartheid (on race, gender, influx control, urban migration experiences, political violence, and resistance) and ‘new’ histories of the 1980s and unresolved questions of the (ongoing) reform period beyond 1994. Second, scholarship on contemporary urban crisis and displacement, looking at the reproduction of privilege, socioeconomic conditions of townships/informal settlements, international “slum” literature, and new movements that have emerged in response. Third, literature on the role of power, violence, position, silence, voice, and memory in constructing history, including literature that suggests alternative approaches to re-reading and re-framing the past. Fourth, it draws on new methods of historical research that can coproduce knowledge through collaborative research that challenges methods, products, and pedagogies of engaging histories of the present. This includes working with feminist collaborative research methodologies and popular education approaches to challenge ideas of expert authority, reciprocity, and power in the production and consumption of historical studies, and for grappling with larger questions of representation, positionality, and the decolonization of (urban studies in) South Africa.

The project contributes with a sustained theoretical discussion at ACC and beyond through organizing seminars and meetings, including: