The cinematic ethnography One Table Two Elephants (84 min, 2018) is created by Jacob von Heland and Henrik Ernstson and deals with race, nature and knowledge politics in the postcolonial city.

We have also been busy giving master classes in using film as part of research both in Copenhagen in 2018 and 2019, and at the film school AFDA in eThekwini/Durban in 2018. We have also screened the film with

As a contribution to Environmental Humanities, Human Geography and critical environmental studies, we consider this film to hold equal weight in academia as a monograph book. The film develops analyses of postcolonial urban natures and a methodology in how film can be integrated as part of research. It was filmed in Cape Town as an integral part of a wider research project and followed by a process of screenings from which we received feedback in the final editing of the film. During 2016 and 2017 we screened a First Cut version of the film (47 minutes) for academics and a general public of over 400 people in Palo Alto, Stockholm, Stellenbosch, Windhoek, Rome and Munich, which provided feedback in editing the final film. We have also screened the film for participants in Cape Town during 2018, at a central cinema and with civil society organisations in Grassy Park. We hope to continue this work during 2019 as a reflective process and develop ways by which the film can be used by participants.

We continue this work in the more extensive project on Visual Environmental Humanities.

We plan to have the film freely available as of 2020. 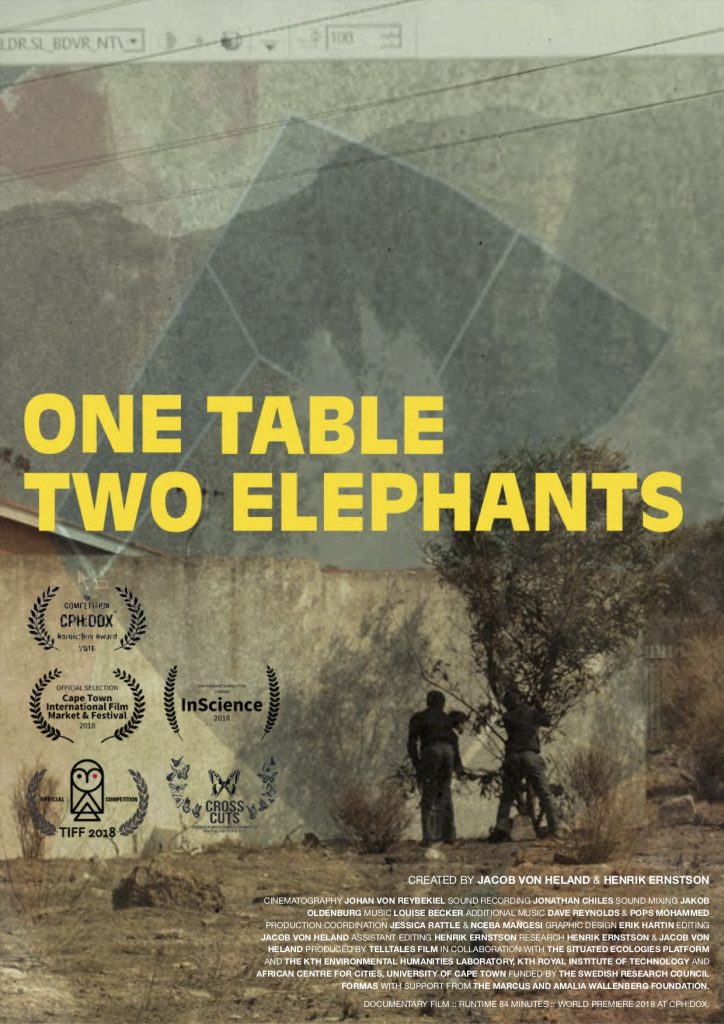