Henrik Ernstson and Erik Swyngedouw are very happy to announce their conference and book project Rupturing the Anthro-Obscene! Political Promises of Planetary & Uneven Urban Ecologies, with 11 confirmed top-speakers. As a collaboration between KTH Environmental Humanities Laboratory and Teater Reflex, it will be held at a theatre in Stockholm 17-19 Sept, 2015. It includes open academic seminars, evening lecture, and a public activist forum. RSVP and sign up as Volunteer at the website! Twitter: #AnthroObscene.

The Task: Thinking with Political Possibilities!

This meeting is about democratic practices and political movements in the age of urbanisation and ecological crises. What are the political promises that we can and must articulate to again build societies on the notion of equality? What new socio-ecological organisational forms exist that can challenge current status quo? What new terrains of the political is being invented and connected – from climate change, food security and ‘de-growth’ movements, to struggles of non-authorised immigrants, anti-austerity and insurgent citizenship – and that re-thinks equality and freedom in socio-ecological terms?

The Crew: Wealth of Experience with Amazing Speakers!

The Breadth: Thinking with Global South & North, to Planetary & Local!

These speakers will ground our discussions in the varied experiences of urbanisation and struggle from the Global South to the Global North, from Athens, London and Stockholm, to Cape Town, Dar el Salaam, Hong Kong and Jakarta. Ideas from political theory, from Rancière and Fanon to Haraway and Butler and several others, will meet the realities of our urban world for sobering, yet speculative analysis.

The Public: Students, Scholars and Everybody Else—Come and Participate at Teater Reflex!

By organizing the event in the periphery of Stockholm, we de-centre the ‘city centre’, and re-centre where life and struggle actually takes place in the cities of the world. A short subway ride to Kärrtorp and you can join us at this  theatre that plays a vibrant role in its local community, and extends itself beyond into broader cultural and political debates. It was also here that a peaceful antiracist demonstration got attacked by nazists on 15 December 2013. This in turn, lead to one of the largest antiracist demonstrations in Sweden on 22 December 2013 with circa 16 000 persons, organised by local antiracist organisation Linje 17.

By collaborating with Teater Reflex, the KTH Environmental Humanities Laboratory aims to extend its presence in our home city, while building long-term relations with artists and cultural practitioners. The website in turn is developed by Mexican artist Carlos Carmon Medina, a new collaborator with the Situated Ecologies and SUPE Projects. RSVP to events and sign up as Volunteer by visiting the website. 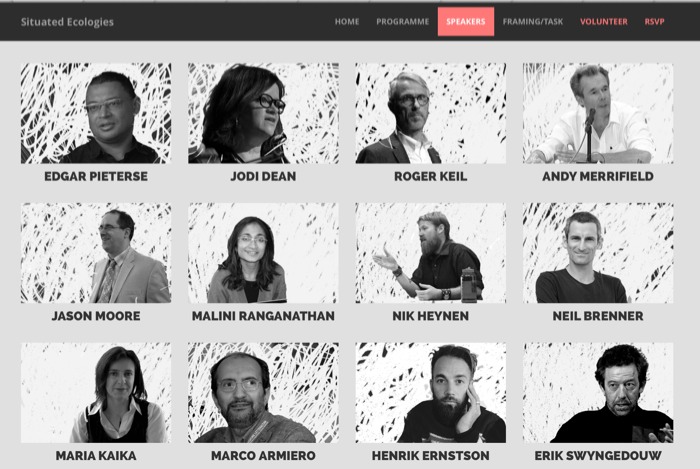 Namuwongo: Key to Kampala’s Present and Future Development
The crisis of urban and social theory: “Rupturing the Anthro-Obscene” event as intervention into UPE
Comments