Short Notes After a Project is Finished

The Ways of Knowing Urban Ecologies project started in 2011 and finished in December 2016. Below follows the final report I submitted to the funder Formas and some additional notes. The project became an amazing learning space for me as Principal Investigator for my first research project, and highly productive for especially other younger scholars and students that have been involved.

The Ways of Knowing Urban Ecologies Project has been incredibly productive as can be witnessed by its publication list. This includes one PhD thesis, an upcoming edited volume with MIT Press, and a row of high-calibre theoretical and empirical contributions in top-journals based on extensive empirical work in Cape Town and Stockholm, including New Orleans (the latter mainly through the associated MOVE project). To this, the core WOK-UE team—Jane Battersby, Marnie Graham, Anna Storm, Joshua Lewis, Mary Lawhon and Sverker Sörlin—also made regular contributions to wider popular science and media platforms.

The WOK-UE project has also created a lot of activities that are not mentioned in the short final report that I submitted to the Swedish funder Formas. In this post I would like to take the opportunity to list some of those activities since it shows how research projects can be viewed as venues to build new collaborations, projects and constellations beyond the empirical research and peer-reviewed publication. In this list, I also mention key collaborators who have been more than instrumental in developing the following three main activity streams now associated with WOK-UE:

(For a reflection on how projects can be used to build crucial scholarly networks, see this post here.)

Finally, it has been a lot of work as PI for the WOK-UE project, but it has also been extremely rewarding. This was my first research project as PI, and I have a lot of people to thank, some of them are mentioned above, in being able to serve (and flounder) in this role.

PS. Below follows the short final report to the funder Formas (for a Swedish translation, scroll down on this page).

This project sought to critically examine the social, cultural and political dimensions of natural resource management (NRM) in rapidly growing urban spaces, in particular of the global South. We developed four in-depth studies in Cape Town, South Africa, a rapidly growing city shaped by its colonial and apartheid past and highly unequal, culturally diverse and grappling with resource management challenges; with one contrastive study in Stockholm.

Our Cape Town studies lies along a gradient from poor to wealthy, from Cape Flats to Table Mountain:

1. Macassar Dunes/Wolfgat Nature Reserve, a protected coastal dune area close to informal settlements and apartheid-era townships. Departing from how protected areas and nature conservation are shaped by Western and colonial practices, we developed a postcolonial nature conservation perspective to explore how colonial legacies live on, are contested and shaped through everyday practices and co-management relations at the Macassar Dunes.

2. Phillippi Horticulture Area (PHA), a large urban agricultural space on Cape Flats under pressure for housing and industrial development. This work showed how government NRM frameworks have disconnected agricultural land from its food systems value making it difficult to protect. But also how knowledge practices of emergent black farmers, activists and sholars have embedded PHA within wider cultural, economic and food security struggles.

3. Princess Vlei, a neglected wetland on Cape Flats. Here we followed how historically marginalized so called Coloured residents mobilized to stop the building of a shopping mall by embedding the wetland and fynbos plants within memories of oppression. This undermined the authority of NRM practices of biodiversity mapping and ecosystem services that tend to separate nature from culture/history . With regards to such radically different ways of knowing urban nature, we developed a documentary film project One Table Two Elephants , also funded by Formas.

4. Cecilia Forest/Park, chosen for its contrast as this once forested area turned into a conflict between two elites; conservation biologists authorized to cut down so called alien trees, and affluent white residents who wanted to keep the trees as part of their cultural heritage/recreational space.

We also drew upon our previous studies in Stockholm and developed a study at Kymlinge in Stockholm, a 60 hectars green area surrounded by residential areas and heavy transport infrastructure, which served as a comparative study. In parallel, Joshua Lewis has developed an in-depth study in New Orleans for comparative studies with Henrik Ernstson’s work in Cape Town.

NRM is an inherently conflictual and contested process. A key finding from our project is how NRM works to silence alternative ways of knowing urban spaces and urban nature, thus impoverishing how urban nature and urban ecology can be thought, engaged and managed. This is true even for quite recent frameworks such as ecosystem services, social-ecological systems theory and resilience thinking, which at the surface are open to various ways of knowing, but still have done little to integrate postcolonial critique and other knowledge critical frameworks in urban settings.
Of interest to wider discussions on global South/postcolonial urbanization, our results illustrates how colonising legacies persist at wider and institutional levels through exclusionary conservation practices, a focus on biodiversity preservation or elite heritage, and through sustained racialised relations. Nonetheless, we argue that some of the most transformative practices takes place either through urban land-use conflicts where established ways of knowing gets scrutinized and challenged (as at Princess Vlei and PHA), or through more subtle collaborative practices within ad hoc, informal, and unmanaged interactions, involving deeply interpersonal and ethically challenging situations (as at Macassar and Princess Vlei). Through these interactions, conservators, community participants, black emergent farmers and Coloured wetland activists were redefining on-the-ground what postcolonial NRM might mean. We note with our study at Tokai Forest how elites, while pushing conservative social agendas, can challenge expert discourses. Our Kymlinge study contributes comparative dimensions between North and South cities in how expert/vernacular ways of valuing space intersects.

Our studies in Cape Town and our theoretical work to combine postcolonial critique and environmental studies (into a Situated Urban Political Ecologies framework) affirms our conclusion that more research is needed on how discourses and practices of NRM, nature conservation, biodiversity protection and ecosystem management travels and gets accommodated in various cities and works to silence alternative ways of knowing. In large parts of NRM research/practice there is little awareness of this. This hampers the development of more sensitive and democratic ways of organizing the public management of contested urban nature values (i.e. NRM).

Battersby J (2012) Beyond the food desert: Finding ways to speak about urban food security in South Africa. Geografiska Annaler B 94 (2):141-159

And several blog posts at http://www.situatedecologies.net/

Early “public notes” of the project

(Below follows early framing of the project.)

This project seeks to critically examine the social, cultural and political dimensions of urban ecology and natural resource management in city spaces. Our analyses draw on diverse case studies, in particular from Cape Town and New Orleans, but also Stockholm, paralleled with literature reviews from various disciplinary contexts that engage the notion of urban ecology and natural resource management. While research has demonstrated how functioning ecosystems can support safe and healthy urban environments, as well as spaces for recreation and food production, this project situates urban ecologies, and the ways of knowing and valuing them, in relation to unequal urban geographies of which they historically form part.

The project draws upon Urban Political Ecology, Southern/African Urbanism, Environmental History and Cultural Geography to examine notions of power, identity, participation and the politics of knowing in relation to urban ecologies. As a collaboration between KTH, Stockholm Resilience Centre at Stockholm University and the African Centre for Cities at University of Cape Town, we study a range of urban environmental issues that provide context for examining these notions, including food security, waste handling, green space struggles, biodiversity conservation and the ‘ecosystem services’ concept. We analyse the complex interplay between how animals, plants, ‘green spaces’, ecological processes and urban waste are enrolled on one hand into modes of empowerment by the marginalised, and on the other hand as part of powerful forms of governing and ‘silencing´ alternative understandings of urban natures.

These questions are of pressing concern, not least in cities of Africa and the global south. In engaging community groups, civil servants and academics we bring in-depth case studies to inform and unsettle mainstream policy discourse towards reimagining how just and sustainable forms of urbanisation might be made possible.

The project is divided in three major themes: 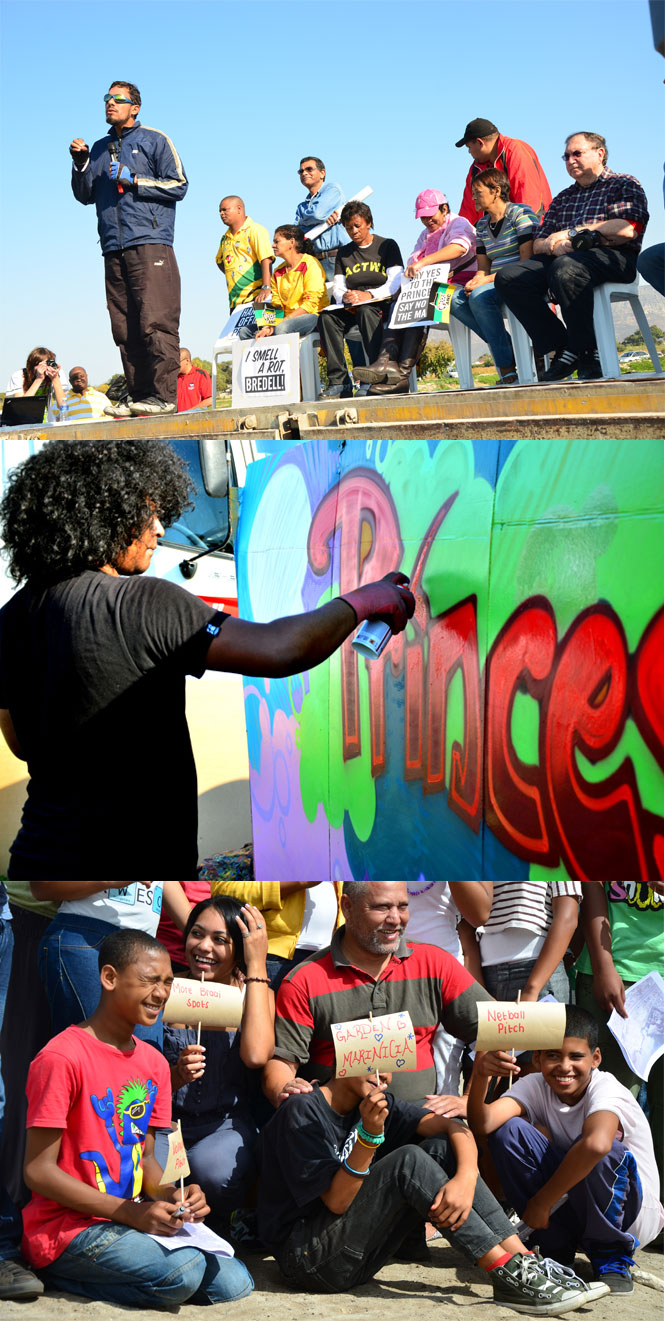