Anthony Levenda reflects sensitively on how Science and Technology Studies (STS) and Urban Political Ecology (UPE) can be related towards the building of a more situated approach to urban political ecology. We met Anthony at the DOPE conference in Kentucky and this is first contribution to the SUPE Commentaries section. Please follow his lead and send in your own reflections by contacting Henrik, Mary or Jon and help build a community around this site. Read more about Anthony and other SUPE contributors here.

Urban political ecology exposes the structured relations of power to critique existing socio-environmental, socio-ecological, socio-metabolic process that are the foundations of urban life. In doing so it unpacks and reveals the problematics and contradictions of capitalism, the uneven geographies of urban development, and the contestations on which a radical democratic politics is predicated. But even amongst this critical agenda, there is an apparent Western bias of thought structuring our theory.

These critical urban theories are based on particular ways of knowing, drawn from the thought of, as Mary Lawhon noted this past weekend at the 2014 Dimensions of Political Ecology Conference, “dead white men.” Immediately she called for thinking about a more situated political ecology that builds on the thought of “non-white, non-dead, non-men” in particular urban geographies. It was this point that hit me strongly, and after conversations with Henrik Ernstson, motivated me to draw on my own training to think critically about the importance of placing of knowledge production and what critically addressing this issue may contribute to a situated way of knowing the urban we inhabit, study, and wish to change.

In a 2006 paper entitled “City as Truth Spot: Laboratories and Field-Sites in Urban Studies,” Thomas Gieryn makes the assertion that the where of science, or its “place,” has important influence on the legitimacy and credibility of knowledge claims. Focusing on the Chicago School of urban studies from 1918 to 1932, Gieryn claims that the city was used variedly as a field site—an uncorrupted reality—and a laboratory—a controlled environment providing the ability for generalizations true for other cities. 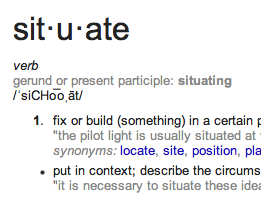 As a counter, Gieryn discusses the LA School of critical postmodern urban research that claims no objectivity, and rather, has explicit action-oriented, advocatory, and normative research orientations that view the city as neither a lab nor field, but rather a “battleground” where claims, ideas, and meanings are always political and contested. Urban studies draws on the virtues of both lab and field, wherein the city becomes both the object (what) and venue (where) of study, allowing multiple modes of inquiry to make “valid” claims while “creating a discursive situation in which location, geography and situated materialities get foregrounded as ratifiers of believability” (Gieryn 2006: 28). Sites where knowledge claims are made about the city are therefore important to consider for the broader project of urban theory and urban political ecology.

Situating urban knowledges, then, should be a central tenet of critical urban theory and of urban political ecology. By situating knowledge, I follow the ideas of Donna Haraway (1991) who argues that knowledge production through scientific inquiry must be reflexive and context dependent, acknowledging its situatedness, taking accountability and responsibility for the knowledge produced. 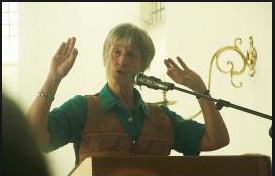 Haraway suggests that our inquiries should embrace “politics and epistemologies of location, positioning, and situating, where partiality and not universality is the condition of being heard to make rational knowledge claims. These are claims on people’s lives; the view from a body, always a complex, contradictory, structuring and structured body, versus the view from above, from nowhere, from simplicity” (1999: 181). If we situate urban knowledge, we critique and question formalized, abstracted scientific inquiry, which is then actually undermined by its idolization and separation from cultural practices of the everyday.

Thus, when we consider how to construct and practice urban theories, we must think about how these knowledges must be situated, not meta-theoretical, a point that many planning and urban theorists have called for, and a point which many political ecologists embrace when performing research using deeply embedded empirical work.

To pluralize and differentiate public ways of knowing

To study the urban, we must also consider the various ways of knowing it, which is intimately tied to experience, space, and place. Scholars in science and technology studies have long dealt with these issues of multiple epistemologies and the emplacement of science, and the implications for authority, legitimacy, and credibility.

Yaron Ezrahi, Shelia Jasanoff, and Clark Miller, for example, have studied the public understanding of science, public knowledges, and “civic epistemologies”—the tacit social and political knowledge that constitutes a part of the fabric of common sense – to pluralize and differentiate public ways of knowing. This opens up pathways to a realization that formal modes of knowledge production (via the scientific method) may not necessarily be better than more tacit, intimate, contextualized and contingent lay knowledges, or what James Scott calls “metis.”

This is especially true when considering postcolonial studies of the urban and of knowledge and practice. Western, or global North, epistemologies are wielded with great power and inequality in the global South, without concern for local populations and often at their expense. Scholars of urban studies and planning such as Ananya Roy, Vanessa Watson, Faranak Mifaftab, and Amin Kamete, amongst many others, have argued for understanding deep differences and conflicting rationalities in influencing urban studies and planning by “seeing from the South” and embracing understandings of the urban influenced by informal practices, post-colonial histories, and geographies of rapid urbanization and spatial fragmentation not under the purview of techno-managerial approaches to planning the city.

If we think about how this impacts the urban and the socio-ecological relationships on which it is founded, we can begin to question just exactly what utility our current urban theories have for thinking through various forms of the seemingly placeless “sustainable” urbanisms that now dominate the ways we plan our cities.

Much current research in urban studies tries to understand the competing conceptualizations of urban sustainability, but does not situate ways of knowing the urban, nor do they critically address urbanization as a process that relies on socio-environmental change. If we foreground the claims of “sustainable” or “ecological” urbanisms with Gieryn’s and Haraway’s insight questioning “the who and the where” of knowledge claims about urban sustainability, and if we address the uneven distribution of power and the monopolies on ways of knowing from the global North, then we can begin to unravel the histories, genealogies, and contexts of “sustainable” urbanisms. Then we might engage the various processes that are already emerging in the spaces of exception, marginalization, and informality that we pathologize as global south urbanisms.

Posts related to this one—here, here, and here.