Swedish filmer Jacob von Heland and Henrik Ernstson report on their film project in Cape Town that deals with knowledge and urban nature. Filming will take place in Cape Town in January and March, with planned screening at the Urban Beyond Measure Conference: Registering Urban Environments of the Global South at Stanford University in May 2015. The film is also an effort to reflect upon how film and the camera can be part of a research process. The project contributes to broader efforts in the Environmental (post)Humanities to build on the tradition of film as document, art and tool. The project website is here. 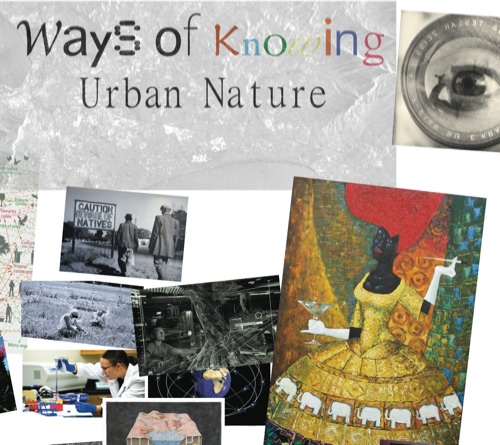 Our film takes an interest in how different groups create knowledge about urban nature, thereby shaping the future of the city, its ecology, and its meaning to the people of the city. The story starts with grassroots in Cape Town and their work to rehabilitate the Princess Vlei wetland, which has also come to address the city’s history and apartheid legacy. The film continues and follows other groups. In particular we aim to follow municipal biologists and ecologists who have developed and fought to protect ecological functions and the biodiversity of the city in face of development pressure at a broader scale. By describing the work of these different groups, and the city from their perspective, we want to surface how different values and knowledge of urban nature is articulated and become part of public debate.

While biologists might rely on scientific methods, databases, algorithms and maps to bring urban nature into public debates, residents have organized campaigns, planting activities with school children, and performed hip hop songs and circulated slave legends that ties urban nature to the history of the city. The film is interested in understanding the generative differences by which groups approach and give value to urban nature. But also aspects of how scientific and popular knowledge might disappear when decisions around urban nature is to be taken.

The decision-making processes we use seems to have difficulties to maintain the very textured and detailed knowledges that there is about urban nature, from scientific understandings of fynbos and wetland ecology, to intimate feelings of affect and care for urban nature. Indeed, beyond the registers of knowing that different groups use—beyond what can be measured, or what can be expressed in popular struggles and campaigns—lies a silence about the significance of urban nature, its complexities.

The film is about how knowledge about urban nature is performed, and how it matters

The topic is of general relevance for urban contexts world-wide, not least for rapidly growing cities in the developing world. In this context, Cape Town stands out with its high levels of biodiversity, its unequal and demanding development challenges and its apartheid history, which makes Cape Town an important city to understand. It also follows that any film about knowledge production and nature protection will encounter and make visible the always present, but sometimes obscure connections between knowledge, nature, democracy and power. This increases the value of the film as a discussion material in public debates, higher education, and in research.

The film is planned to have its premiere on the scientific conference Urban Beyond Measure: Registering Urban Environments, at Stanford University, 7-8 May 2015.It will be used as discussion material in Cape Town, as well as other cities of the Global South, and in teaching at the University of Cape Town and the KTH Environmental Humanities in Stockholm.

“Ways of Knowing Urban Nature” is the working title of the film adaptation of an ongoing Cape Town research project funded by the Swedish Research Council (FORMAS). It is a collaboration between Principal Investigator Dr. Henrik Ernstson at the African Centre for Cities, University of Cape Town and the film director Dr. Jacob von Heland from Telltales Productions, and the former also affiliated to the KTH Environmental Humanities Laboratory at the KTH Royal Institute of Technology in Stockholm. For questions, contact Jessica Rattle (jess.rattle[AT]gmail.com) or Henrik Ernstson (henrik.ernstson[AT]uct.ac.za). Filming is planned in Cape Town 18-30 January and 9-16 March 2015.